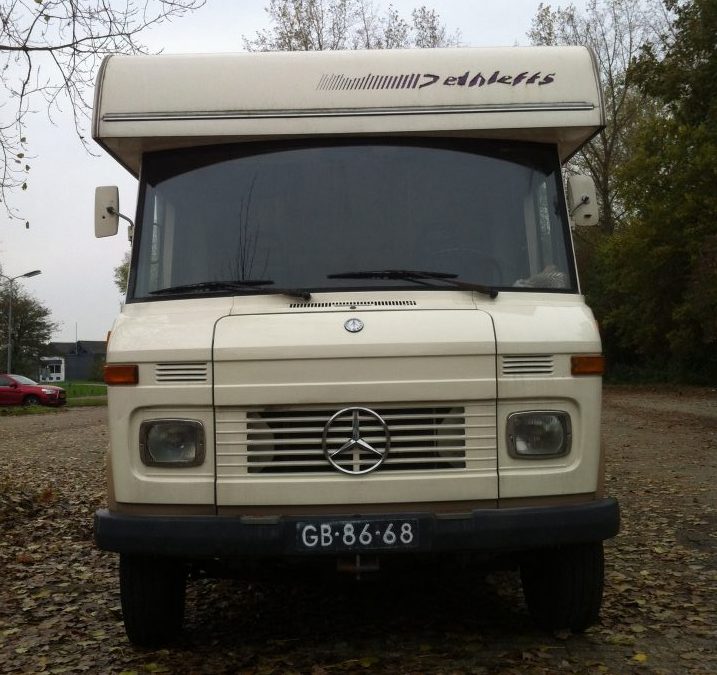 At the end of 2016, the girlfriend and I decided to get a van. We wanted to travel through Europe and try to work on the road at the same time. We sat at the table and looked at our budget (max 7000€), sorted our needs and looked at possible candidates. We both only have B driving licenses at the moment, so vehicles over 3.5T were out of bounds. We wanted something roomy enough to be able to stand and live in it, and not around it (like VWs) and something strong, reliable and sturdy enough to be able to spend our money on food and gas rather than on parts and tow bills. And, last but not least, being registered in Holland meant that we would have to pay an expensive road tax based on the weight of the vehicle or buy a vehicle 40 years and older. This left us to look at old Mercedes vans and the odd Transit. We quickly discarded the Fords, since it was nigh on impossible to find one in the right spec (high roof, basic camper installation, “powerful” diesel or LPG engine).

One day I saw a SWB ‘74 608D camper pop up for sale and I quickly decided to check it out. 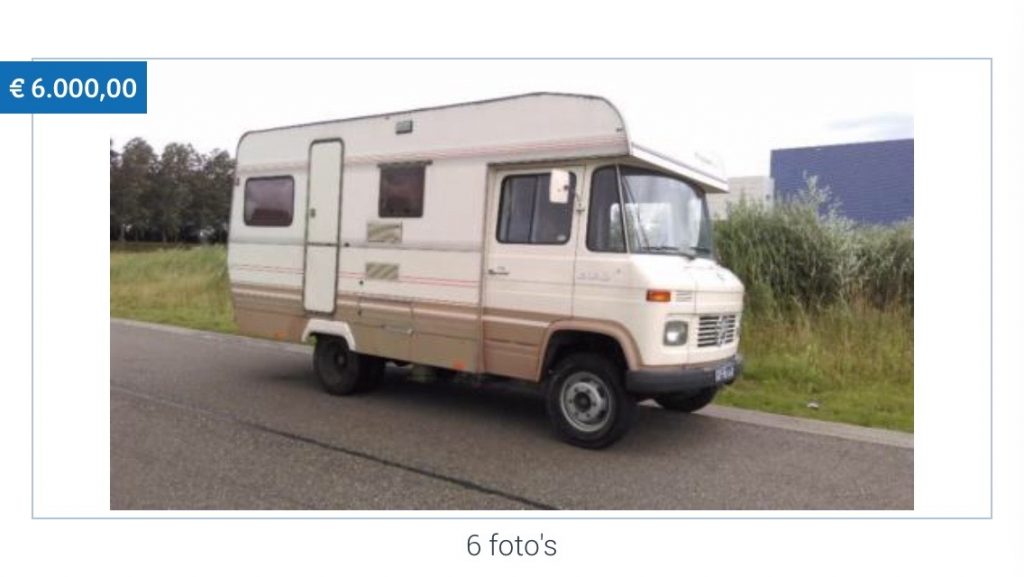 The specs were attractive: only 80000 km, 6000€, already converted and equipped with gas and tri-mix fridge. The seller was a mechanic who had a shop full of old Mercedes vans. While there, we also checked out a couple panel vans that were for sale, as the more discreet and commercial look was more appealing to us since we like to do wild camping. But we realised that the rounded shape of the Düdo panel vans even though very pretty, ate a lot of inside space, whereas the 608D camper, with its straight and cubic rear cell, was much more spacious. It allowed for a full length bed to be positioned transversally and for more precious storage space.

After a test drive that revealed nothing special apart that a 1970s diesel van drives very differently than a late-90s BMW petrol, we were sold. 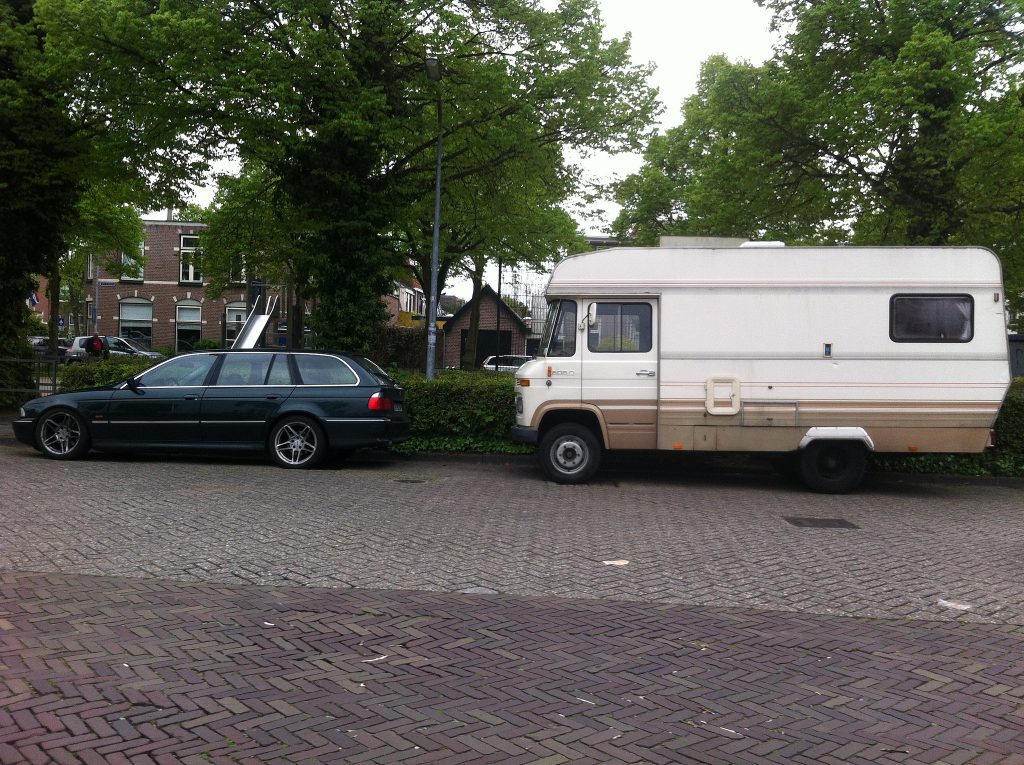 We bought it with a full service and 2 year inspection (APK).

We learnt that it had started its life as a panel van ambulance, and somewhere in the 1980s, it was chopped and a caravan was installed on it to make it a full camper van. It was owned by an elderly who went to Canada with it ( I later found a Canadian coin from 1990 in the dash). The elderly eventually passed away and the garage owner/mechanic who was maintaining bought it. Judging from the low mileage, it was probably used in summers and kept off the road during winters. 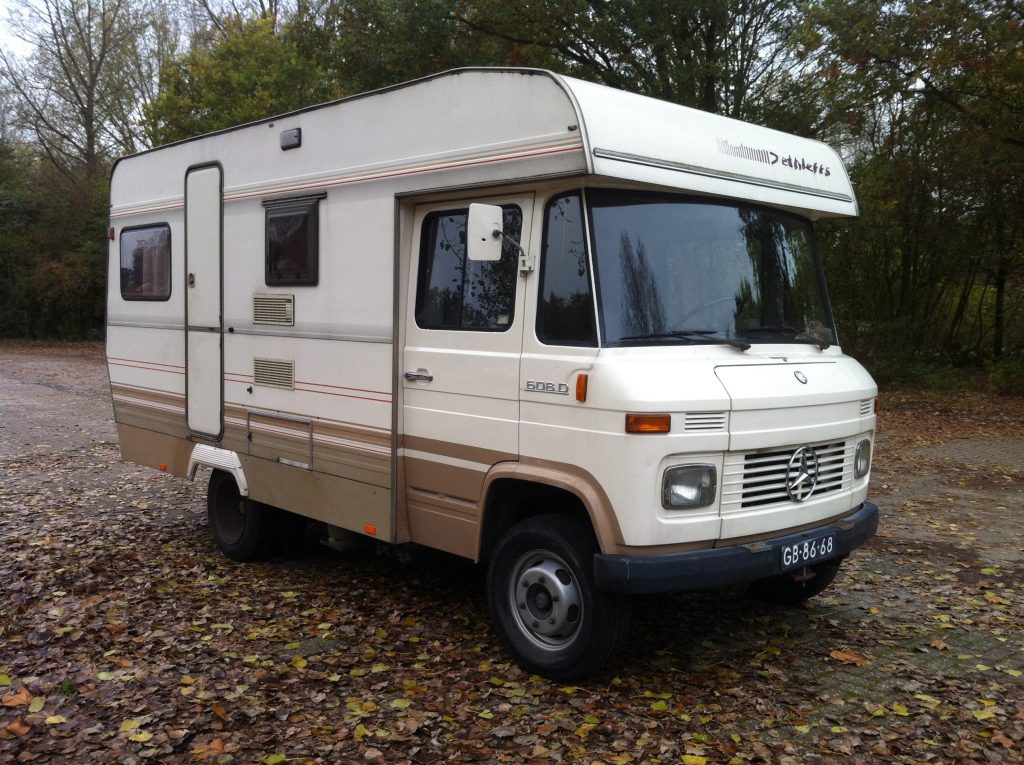 We were so happy. It didn’t matter to us that it was beige and brown, that the heater was broken or that it was a camper and not a sleek van. We now had a bed on wheels and a good basis to start making it our home. But that’s a story for another blog post.